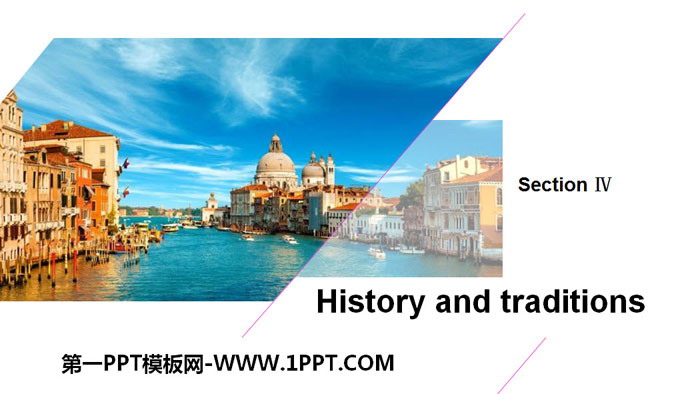 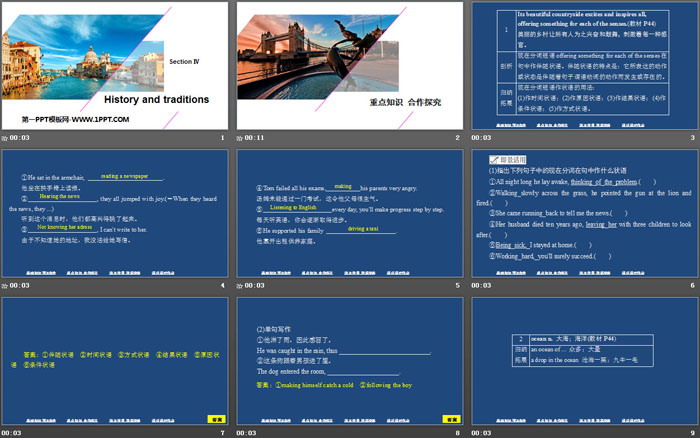 1Its beautiful countryside excites and inspires all, offering something for each of the senses.(教材P44)

②Walking_slowly across the grass, he pointed the gun at the lion and fired.(  )

④Her husband died ten years ago, leaving_her with three children to look after.(  )

depending on the type and concentration of phytoplankton (浮游植物)．

3．His hometown lies in the ________ (roll) countryside of southwestern France.

4．In________ (strike) contrast to their brothers, the girls were both intelligent and charming.

The ancient city is in Pingyao County,  Shanxi Province. The city wall was first built during the Zhou Dynasty. Since 1997,  it has been listed as a World Heritage SiteP1. Now Pingyao city is the only one in China completely protected as it was hundreds of years ago.

The perimeter (周长) of this square city is 6.4 km  long and the city wall is the earliest and largest city wall in China. It is 12m high with the width of 5m. The wall was built with earth and covered with bricks. Outside the city wall there is a river,  4m wide and 4m deep.

Located on the trade route between Beijing and Xi'an,  Pingyao developed into a merchantW1 center where the local people set up the nation's earliest banks. These banks were the first in China to use checks.

Several old courtyardsW2 have been turned intoP2 museums,  most of which were homes and offices of Pingyao's old banks. One of the most unusual aspects of a visit here is realizing that this place was very important to China's financial history.

1．What does the passage mainly talk about?

2．How many gates are there in Pingyao city?

3．Which gate in Pingyao city stands for the head of the turtle?

A．The gate on the north.

B．The gate on the south.

C．The gate on the east.

D．The gate on the west.